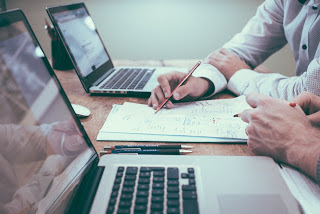 The world around us is changing rapidly and upgrading with state of art technologies and tools. A laid back approach to software development could prove lethal progression of a company or industry overall. Here comes the role of rapid application development called RAD.
RAD make sure the software or product is developed while prioritizing the need and requirements for the end users. It is known as an adaptive approach which can lead to the effectiveness, efficient, and Good development of the new application. Business owners can reap amazing benefits from its adoption.
The Benefits of RAD
A Quick Turnaround Time
RAD approach ensures a fast development of software or an application in order to meet companies’ ever changing and continuous growing demand. Compared to the traditional method of developing software, the RAD approach is dynamic and very straightforward.
The development of an application through the RAD approach went through four phases and steps – in which the first phase involves creation of a prototype of the app, which is later tested and tried several times until a final product is gotten.
The traditional software development method or the waterfall model entails linear sequential phases where every step relies on the result of the previous stage and action. It is a plan driven, rigid, and structured approach that is not too effective in a fast paced software development environment.
RAD involves an initial stage of planning whereas all the team mates will draft an outline of the application. A prototype created is made based on the planning, and users are also engaged in testing and trying out the prototype. The developers work together with the users to learn about their respective experiences and the incorporate changes in the application accordingly. Creatio is also one of the solution that incorporates traditional coding with an integrated development environment.
The Customer Satisfaction
The RAD approach needs users continuous involvement, which will help developers to understand the current demand. A prototype of the application that is developed, is then tested and tried by the users. The users will then provide their respective feedback on the application. The information that is shared by them is used by the developers to upgrade and modify the application in order for the best results. In short, the RAD approach makes sure the users needs met, and the waterfall approach of developing software or application doesn’t value users involvement much, and the approach is not really helpful reaching customer satisfaction.
Conveniency
RAD makes application and software development convenient, which means, developers can take a break to test and try the product before launching it. The approach will make sure it is bug-free and responsive layouts, user-friendly design, and more. The method needs a constant collaboration of the developers and users, which will in turn leads to great results.
The RAD is also a flexible approach to software development, the basic outline of software is first designed, and feedback and tweaking follow until a final product is launched. As the method requires the users involvement, the product gets the desired attention even before its launch, the introduction of a prototype leads to effective marketing and promotion of the product. Users get to hear and learn about something new that is about to enter the market. To cut it short, the RAD approach can/will help instill excitement for the product among the targeted audience.
Final Verdict
The RAD approach of software and application development is dominating the industry for time-effectiveness, software developed using the RAD approach is customer-centric. The users experiences are included during the development process, and changes and amendments are made based on customers collective feedback. The time-effective and customer-centric both are two top RAD qualities that make it a must-have solution for a business. The traditional approaches is not as effective for they will omit the user’s experience and will focus on a rigid structure, which is not helpful in the ever-changing high-tech world.
Share2Tweet1Send
ADVERTISEMENT
Next Post