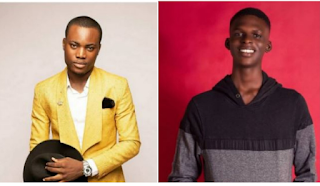 Upcoming actor and model, Godwin Maduagu has finally reacted after a gay sex tape featuring him leaked on social media.
The footage, which went viral earlier this month, was leaked by controversial bloggers via Twitter.
After receiving immense criticism, the actor decided to break his silence.
Taking to his Instagram stories section, the actor shared a cryptic post which talks about maintaining composure on social media.
Maduagu noted that any individual that chooses to react to everything said about them will suffer dearly.
In his words;
“You’ll come to suffer if have an emotional reaction to everything that is said to or about you.
If words control you, that means everything else controls you. learn to ignore, because like or not, whether you’re good person, people will always talk.”
See his post below….. 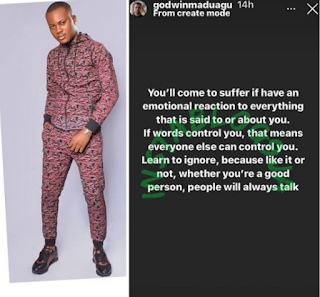