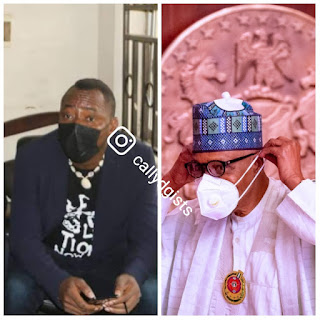 WHO ORDERED THE KILLINGS AT LEKKI TOLL GATE IN LAGOS?

Omoyele made it known on his Twitter account when a twitter user and journalist identified as Fisayo Soyombo  asked who ordered LekkiMassacre with an hashtag making the question go viral.

Mr Sowore retweeted his question and told him that the killing was ordered by President Muhammdu Buhari after the Lagos state Governor Jide Sanwoolu requested for it on behalf of the Nigerian godfather Asiwaju Tinubu.

@mbuhari approved of it and then #Buratai ordered his boys from the @HQNigerianArmy in Bonny Camp base after @jidesanwoolu requested for it on behalf of @AsiwajuTinubu https://t.co/fiStCPCsyK

PLEASE SHARE AND LET US KNOW YOUR THOUGHTS AND COMMENTS BELOW.

“Is Nigeria Not Tired Of Suffocating Her Citizens?” – Mama Africa Yemi Alade

“Is Nigeria Not Tired Of Suffocating Her Citizens?” - Mama Africa Yemi Alade