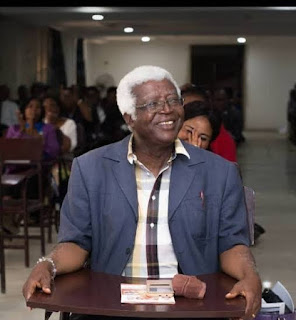 From the CEO and humble manager of this blog [CALLYDGISTS], we cordially regret to announce the death of our royal and legendary veteran nollywood actor Late icon Bruno Iwuoha who died at the age of 68.
WHAT CAUSED BRUNO IWUOHA’S DEATH?
We received reports that the popular Nigerian actor died of diabetes resulting to glaucoma, after battling with the disease for long. Bruno Iwuoha died on Saturday 10 of April 2021.
His death really brought tears to the face of his colleagues, his fans and many Nigerians including politicians and noblemen around the world. He is survived by his wife and six children.
OTHER THINGS TO KNOW ABOUT BRUNO IWUOHA
Bruno was brought into movie through a producer’s that was in need for a grey-haired natural elderly man, giving Iwuoha to gain his popularity in ‘Lost Kingdom’ a Ndubuisi Okoh production which was produced at Aba. The actor’s health went viral when he was having some his health challenges in the year 2015.
In 2007, his role in ‘SINS OF THE FLESH’ made Bruno win the Best Supporting Actor by the Africa Movie Academy Awards. When his sickness started, Bruno’s name was mentioned among beneficiaries of an appeal fund that the Actors Guild of Nigeria launched in January 2021.
May the soul of BRUNO IWUOHA rest in peace AMEN….BY CALLYDGISTS.
Share1Tweet1Send
ADVERTISEMENT
Previous Post