‘Buhari Is A Terrorist For All The Killings, He Killed Innocent IPOB Members’ – Sowore To Buhari [VIDEO] 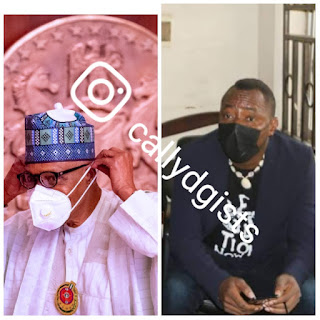 Human rights activists and ex-presidential candidate Omoyele Sowore has on his twitter page slammed Nigerian president Buhari making talks that he is a terrorist.
The owner of Sahara Reporters Omoyele has blamed Buhari for the killings of innocent souls at the Lekki toll gate last year October. Adding to that, he also said that President Buhari ordered the IPOB members in a peaceful gathering. He also ordered the killings at Obigbo.
His tweet made other twitter users put blame on the Nigerian government as a whole saying that we are in the hands of bad leaders.
See Omoyele’s tweet and video;

‘Nonsense, Will Your Prayers Put Food On The Table’ – Fan Slams Dino Malaye After His Prayers