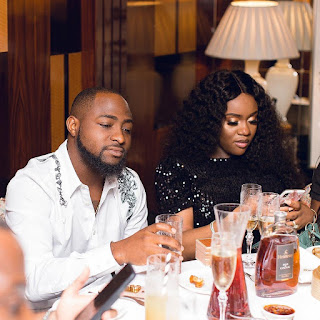 Speaking of Davido and Chioma staying together forever have been the viral question Nigerian fans have been asking for long.
Davido is recognized to be the best ever since Chioma gave birth to a bouncing baby boy known as Ifeanyi, his birth really made Davido be the happiest man on Earth as none of his baby mamas has given him a boy.
Many people believed and made it obvious that Chioma used the baby boy to hold Davido down and with the fatherly love Davido has for his only son, it is impossible to likely have issue with his boy’s mom.
The two celebrity lovers knew each since 2013, but started their relationship in the year 2015. OBO talked on how they started their relationship in an interview in year 2020. In the interview, Davido said that he had known Chioma for about 7 years while they were still studying in Babcock university. He also made praises that she is a good cook.
Davido in the interview said;

“I have known Chioma for about seven years. We have been dating for about five years. Lati introduced me to Chioma. We went to the same school, Babcock University. We started as friends but I got so used to her and she got so used to me as well. She is a great cook as well.”

Although, the lovers never announced their relationship until 2017 when Chioma featured Davido in the popular music video “ASSURANCE”. After that, Davido in a talk with THE JUICE said the video started a full hate for both Chioma and her family from fans and other people around. 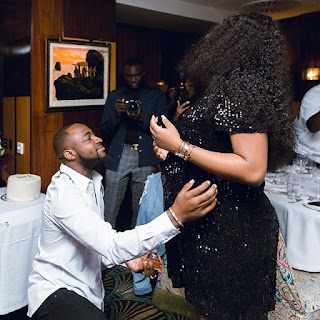 “Even her parents use to get hate texts. It really affected our relationship a lot because, before the Assurance video, stuff was so cool until the relationship became a public relationship.”

Later on, around September 2019, both lovers introduced each other to their families to make the relationship more stronger, then Davido official engaged Chioma in Lagos.

However, their wedding was put to take place in July 2020 but had to be on drawn back because of the coronavirus pandemic. Davido in an interview with Bounce Radio explained how the Covid-19 pandemic really messed up his plan and scattered some things he had in mind during that period.

“Honestly, Coronavirus messed plans up because it was meant to be in July. I have decided it will be some time next year. For now, I want her to work on her business while I work on my album and the kids. I want everything to balance first.”

Not long after, on the 20th of October 2019, the both of them was overwhelmed as they welcomed their first son and child David Adedeji Ifeanyi Adeleke Jr. His birth really made Davido the happiest man that day.

Davido in some other interviews also made compliments on how good Chioma have been to him, his boys and his whole household. Saying that sometimes she cooks and give food to the gateman and every other persons around.

With all this, it is believable that this two lovers will continue to remain forever. Although, many rumors have spread about them having issues but none of it is real.