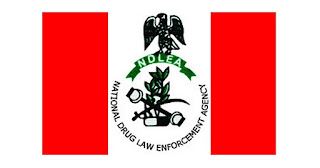 Chigbohu Obiora, a big drug dealer and trafficker has been arrested by the National Drug Law Enforcement Agency (NDLEA) at the Murtala Muhammed International Airport, (MMIA), Ikeja, Lagos with over 97 wraps of cocaine.
Mr Femi Babafemi, the NDLEA Director, Media and Advocacy made it open to the press on Friday in Abuja.
Mr Femi said that Chigbohu who is 46 years was caught by the operatives of the NDLEA on Sunday, April, 25 on the inward clearance of Ethiopian Airline.
Femi added that Chigbohu, who came to Lagos on board the airline from Entebbe, Uganda via Addis-Ababa, Ethiopia, was subsequently observed.
He also made reasons why Obiora had so far digested 97 wraps of substances that tested positive to cocaine with a total weight of 1.55 kilogramme and a street value of N360 million.
READ ALSO: Fake Doctor Arrested For Trafficking Human Parts And Organs In Port Harcourt – EFCC
He quoted MR Ahmadu Garba, the NDLEA Commander, MMIA Commander to say that Chigbohu was caught in the E-arrival hall of the airport by their operatives as they suspected he took in hard substances.
He said;

“The suspect was taken for body machine scan and the result was positive for ingestion of substance suspected to be illicit drug. The suspect was promptly moved to the NDLEA excretion and observation facility.”
“Barely an hour after he was arrested, Obiora excreted 31 wraps of cocaine weighing 500 grammes and another 47 wraps (750 grammes) in the evening of same day.”
“Nineteen wraps (300 grammes) were excreted the following day, Monday 26th April, bringing the total to 97 wraps, that is, 1.55 kg, ”

The NDLEA spokesman added that due to deep intimidation, Chigbohu confessed that he was promised $1,500 if the drug was successfully trafficked.
According to Chigbohu;

“I opted for the ‘deal’ because I needed money. I did it so that I will be capable of feeding my family.
“I was living in Madagascar but due to the COVID-19 and the lock down in the country, I cannot return to my place of work.”
“There was a time I started lacking money to feed my family and to pay my children’s school fees; the worst part of it is to pay my rent. So, I decided to take the option to do it and I never knew I can be arrested.”
“I have never met the real owner of the drug. I don’t know him, they contacted me on phone and asked if I can do the business,’’

He lastly said that Chigbohu will face the law and have to bear whatever comes his way.
Share1Tweet1Send
ADVERTISEMENT
Previous Post