Nigerian DJ Kaywise originally named Ayorinde Kehinde Okiki was born on the 4th of August 1992, to the family of Mr&Mrs Okiki. The award winning disc jockey have been one of the Nigerian’s best for years now.
Dj Kaywise is an award winning entertainer, record producer, song writer, music producer and promoter. Kaywise started gaining prominence in 2010 when he broke into the mixtape market in Alaba 2010.

READ ALSO: DJ Kaywise Shares Old Photos Of How He Sold His Records On The Streets – PHOTOS

The Nigerian Disc Jockey Kaywise is originally from Ile Ife in Osun state, but born and brought up in Lagos State where he did his primary and seconday school. He  became popular after releasing the mixtape titled “Emergency” which was a combination of songs from other big artists. 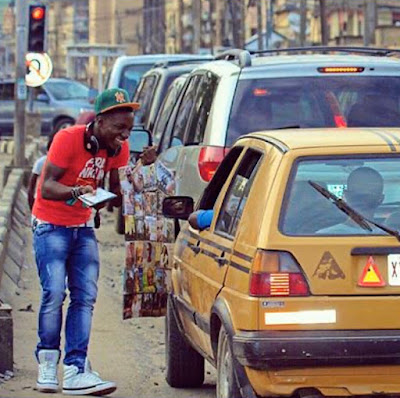 However, DJ Kaywise was just a record producer, but with time he saw he had interest and passion of being a Disc Jockey. So he started his journey as a DJ in 2010 with the combo of songs “EMERGENCY” which boosted his popularity and he gained prominence.

He sold “EMERGENCY” in the roads of Alaba international market, Ojo Lagos State. DJ Kaywise has so far released over 10,000 CD Mixtape, over 50 online released mixtape and released multiple music and visuals with Nigerian and top African musicians.
Also, he hosted the maiden edition of his street concert titled ” The Joor Concert” on 2016. However, the Joor concert have been happening as he had made 2 concerts in london and one in Dubai respectively.

DJ Kaywise originally from Ile Ife in Osun state, but born and brought up in Lagos State, also did his elementary and seconday school in Lagos then proceeded to the University of Lagos State where he graduated with a B.A in Business Administration.

Following our research and findings, Nigerian DJ Kaywise is currently single. The entertainer have not stated or said that he is in a relationship with anyone not family except from his Father, Mother and siblings. He has no kids either.

Dj Kaywise since he rose to prominence had won some awards and had been nominated for some.

DJ Kaywise is one of the successful Disc Jockey in Nigeria and has made alot of money from the Nigerian entertainment industry. His net worth is around $750,000 – $780,000.
Share1Tweet1Send
ADVERTISEMENT
Previous Post

White Money Bbnaija 2021 Winner Biography, Age, Career, Net Worth and Other Facts About Him

White Money Bbnaija 2021 Winner Biography, Age, Career, Net Worth and Other Facts About Him