Chief Priest’s In-law Bbnaija Maria Was Accused Of Snatching Told Her He Was No Longer Interested In The Marriage; He Plans A Divorce With The Wife – See Chats 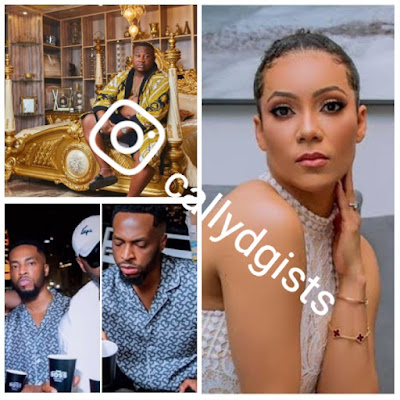 The present viral news around the realm of social media is that Bbnaija Maria snatched Cubana Chief Priest in-law and threatened Chief Priest’s sister to leave the man for her alone.
This action from Maria made Cubana Chief Priest allegedly accused her of snatching his in-law from his sister when they were happily married.
However, following our mentor blog LIB, evidence and screenshots of chats has been disclosed that the man Maria was Accused of snatching lied to Maria that he was no longer interested in the marriage and he was planning a divorce with the woman.

READ ALSO: “No Man Pays My Bills, I Started Been Successful Since I Was 16” – Bbnaija Maria Says Despite Her Viral Video With A Married Man

The screenshot shows a detailed of what happened between the married man, Maria and his in-law.
One of the man’s chat with Maria on the 12th of September 2019, the man lied about his marital status to Maria. He lied repeatedly to cover his act.
See screenshot below;

Another screenshot dated may 28, 2018 shows that not long after the issue between the man and his wife, he disclosed that they’ve been separated since January in a chat with his wife’s brother.
See screenshots below;

Lastly, here is the court documents filed at a high court in aba, Abia state. It shows that the estranged couple known as Kelvin and Maryanne are currently in the process of a divorce.
Here is a photo of their divorce file; 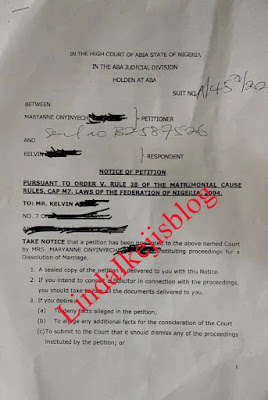 “No Man Pays My Bills, I Started Been Successful Since I Was 16” – Bbnaija Maria Says Despite Her Viral Video With A Married Man