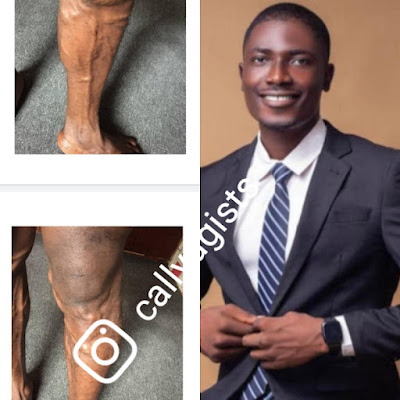 So sad that a student, comrade and faculty president of education in the University of Ibadan (UI) went missing after a 26 page typed suicide note to two of his friends.
The student identified as Jude Nicholas, the President of Nigerian Universities Education Students’ Association (NUESA), left a long suicide note where he narrated the health issues he has been fighting with for 5 years.

Jude’s problem started in 2017 when he did surgery for hernia. While the operation was going on, the surgeons tampered with a major vein that supplies blood from his heart to his legs. Since then, he’s been going in and out hospital, battling to save his legs as he could not walk no stand properly.
“the damaged veins became varicose veins and risks becoming gangrene which could lead to amputation.” he wrote on the note adding photos of his damaged leg.

Jude said he kept his health challenges to himself alone, without telling anyone, using all money he had and got both legally and illegally to treat himself, until he became so bad that he began visiting hospital up to three times each week as walking became too painful.
Upon visiting the UCH on a weekly basis, they could not attend to him instead, they made him waste money on some tests giving him hope that it will be better. 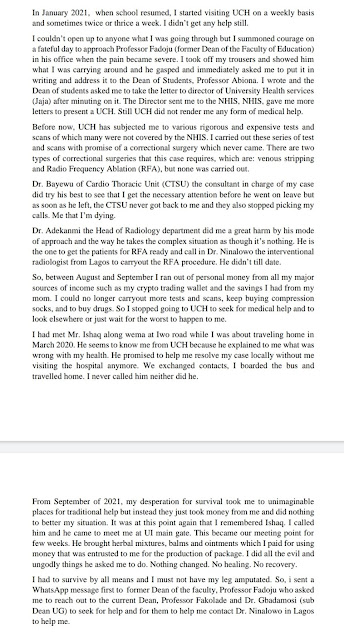 He atlast opened up to a professor at UI, asking for help but all went no where as it proved abortive. 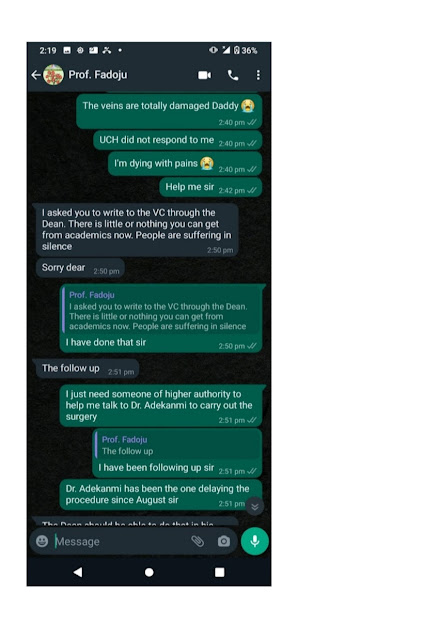 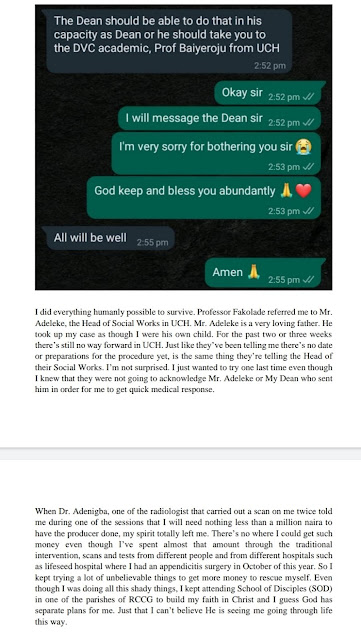 All Jude passed through made him said he can’t keep living this way, adding that even if he doesn’t take his life, he will “still be dying soon”.
“Death is inevitable, at this point, to die is peace for me,” he added. 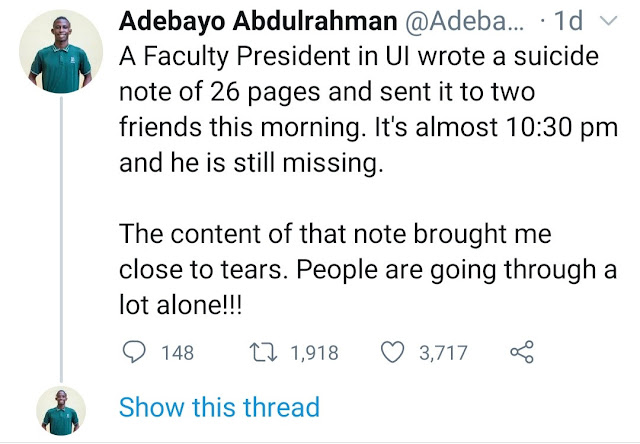 After Jude passed the suicidal note to his friends, he went missing. Family and friends are looking for him, according to reports from is brother his last seen was at toll gate. 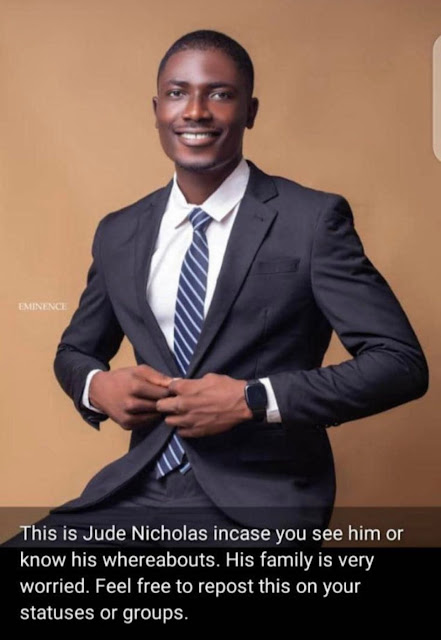 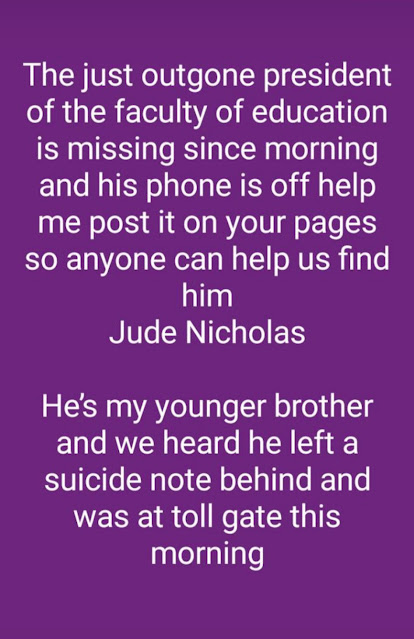 YOU CAN SHARE, AND LET US KNOW YOUR THOUGHTS AND COMMENTS BELOW.

“Homosexuality Is Not Against The Law, Being A Gay Is Not Bad” – James Brown Says As He Talks About His Parents

“Homosexuality Is Not Against The Law, Being A Gay Is Not Bad” - James Brown Says As He Talks About His Parents